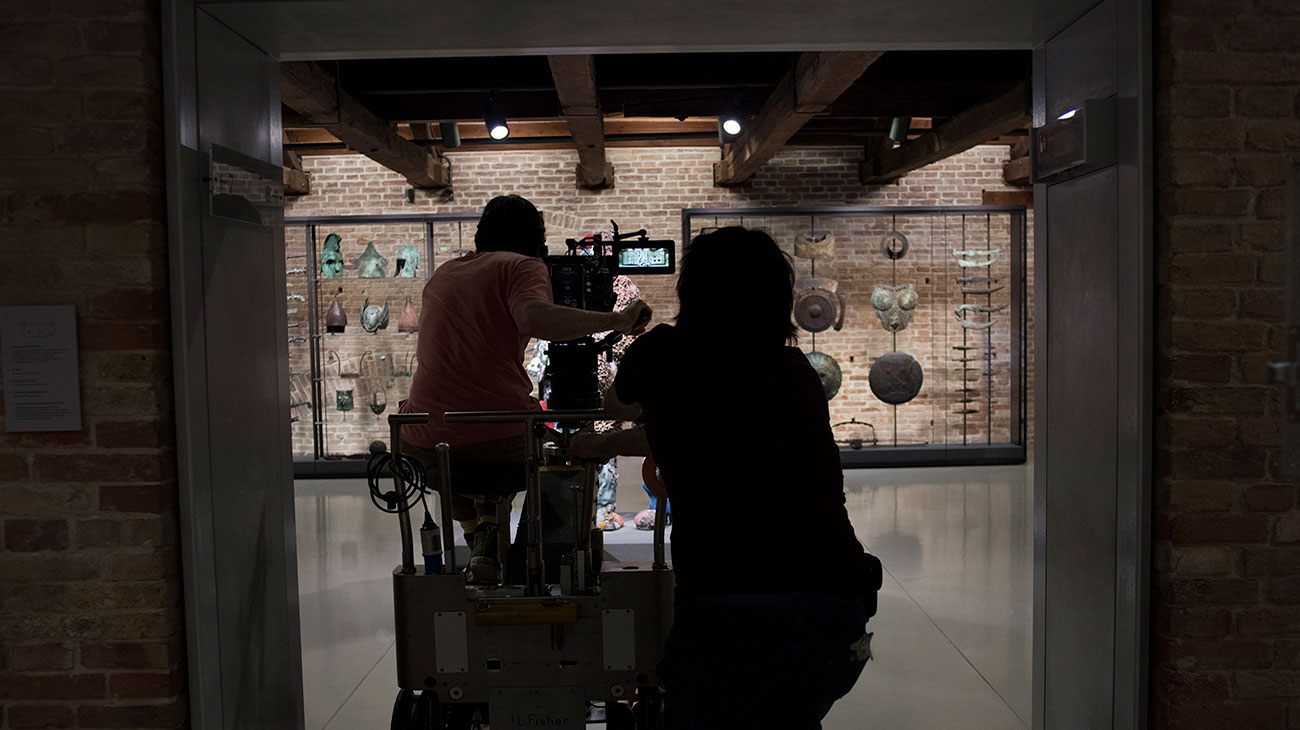 We set up Oxford Films as a space where creative talent would thrive. More than 25 years later, that is still our ethos. Every film starts with an idea. Every idea holds the promise of its potential. We work to fulfil that promise, to realise that potential by challenging the best creative talent to make exceptional films.

We make an enormous variety of films: dramas, documentaries, sometimes a mixture of the two. But irrespective of whether it’s a big budget movie for cinematic release or a short-form documentary, our approach is always the same. We treat every film as if it’s the last film we will ever make. We give it everything.

Trust is at the heart of what we do. We earn the trust of the subjects we film. We keep the trust of clients, commissioning editors and production partners. Above all, our films have at their heart an authenticity that wins the trust of the audience.

Naked Hollywood: our debut production (an access-all-areas documentary series about the movie business) was a sensational trans-Atlantic hit. Acclaimed by Newsweek as “the zippiest, funniest, warts-and-all-est look at the American movie business ever seen on TV” and by Variety as “a connoisseur’s delight”, it won our first BAFTA and launched a franchise of 23 “Naked” documentaries for the BBC, Channel 4, PBS, A&E and Showtime.

Hilary and Jackie: Anand Tucker’s acclaimed feature film debut won BAFTA and Oscar nominations for its two stars, Emily Watson and Rachel Griffiths, in a story about the tumultuous relationship between the cellist Jacqueline du Pre and her sister, Hilary. The Daily Mail described it as “one of the best dramatic pictures this decade.”

This is Modern Art: winner of the BAFTA and the Royal Television Society Award, this iconoclastic series by Matthew Collins set a new template and tone for the landmark arts documentary series.

The National Trust: two years in the making by director Patrick Forbes, this BAFTA and Grierson Award-winning series revealed the hidden world of Britain’s biggest landowner and won BBC4 its largest audience ever. Among a host of rave reviews, this one from The Spectator stands out: “As I watched transfixed, appalled and delighted at this classic piece of TV, my heart filled with joy about how wonderful the BBC can be when it gets its programmes as right as this. Great camerawork, great direction, great voiceover, great everything. God, I can’t wait for the next four episodes.”

The Mona Lisa Curse: this Emmy-winning feature-length documentary was the last film written and presented by the legendary art critic, Robert Hughes. Over ten years we made 12 films with Bob on subjects ranging from the story of Australia to Goya and Gaudi. Generous, irreverent, erudite, politically incorrect and very funny, with an irrepressible appetite for the good things in life, Bob was also sensitive, sometimes vulnerable and always brutally honest about everything including himself. He changed the way we see and appreciate art. You can read an obituary here and watch the film we made for his memorial service at New York’s Metropolitan Museum of Art here.

The Secret Diaries of Miss Anne Lister: chosen as the opening film of the International Gay and Lesbian Film Festivals in both London and the San Francisco, this acclaimed multi-award winning period drama by director James Kent and writer Jane English tells the extraordinary true story of Anne Lister (Maxine Peake), a Yorkshire landowner whose uncompromising lesbian lifestyle was only revealed when her diaries were decoded more than a hundred years after her death.

The Force: the opening film of this documentary series by Patrick Forbes, which won the BAFTA and a Grierson Award, follows the investigation of a brutal murder. It won the kind of rave reviews usually reserved for drama. “Every actor, writer and director should watch this brilliant documentary before embarking on yet another formulaic cop show,” The Times. “The whole thing was paced like a thriller,” Independent. “I watched this, mouth open, scalp prickling with horror,” New Statesman.

The Love of Books: in addition to winning a Grierson Award, this visceral feature-length drama documentary by Sam Hobkinson won the Audience Award at the Sarajevo Film Festival and the Award for Journalism at the Aljazeera International Film Festival. It brings to life how a group of book-lovers braved gunfire, bombs and shells to save more than 10,000 irreplaceable handwritten Islamic books and manuscripts contained within Sarajevo’s famous Gazi Husrev-Beg library during the three year siege of the city. “It would have been better to die with the books than live without them,” says the Congolese night watchman who helped carry books to safety under sniper fire.

The Story of the Jews: Simon Schama’s multi-award-winning landmark series for the BBC and PBS explored 3000 years of Jewish history and was acclaimed around the world as “a towering achievement” and “epic on a biblical scale”. We have made 22 documentaries with Simon, beginning in 2008 with The American Future: A History (filmed against the backdrop of the 2008 US presidential election) and together we’ve explored such diverse subjects as Obama’s presidency, Shakespear’s history plays and the story of British portraiture in 2015’s The Face of Britain.

The Last Days of Anne Boleyn: a massive hit for BBC2, winning an audience of 4 million, this film broke the mould of what a historical docu-drama could be by pitting historians against each other to unpack who did what to whom and why in the 12 days leading up to Anne’s execution. Since then we’ve made a succession of landmark docu-dramas on subjects including the Six Queens of Henry VIII, the murder of the Princes in the Tower, why Churchill lost the 1945 election, the reign of Elizabeth I, and the Russian Revolution.

A&E in the War Zone: with the war in Syria entering its 3rd year it had become impossible for any western journalists to enter parts of the embattled city of Aleppo which were not controlled by the government. We trained and equipped two Syrian cameramen to follow British trauma surgeon, David Nott, to Aleppo where he worked to save lives in underground hospitals. The film inspired two MPS to host a discussion on Syria in the House of Commons. Among the many comments on Twitter… “Probably the most amazing, saddening and humbling programme I have ever seen.”

Ten Billion: written and presented by one of the world’s foremost scientists, Professor Stephen Emmott, this uncompromising wake up call to an unprecedented planetary emergency was inspired by Stephen’s one-man show at the Royal Court Theatre which was widely acclaimed. The Guardian called it “the most momentous theatrical performance of the year” and it’s critic confessed, “I came out shaking with fear.”

Our Queen at 90: to make this feature-length landmark documentary for ITV and the Smithsonian Channel, we were given exceptional access to the Queen and the Royal Family. The film was watched by more than 7 million in the UK and sold around the world. Three years earlier, we made a film following the Queen during the 12 months of the Diamond Jubilee. It was ITV’s highest rated documentary of the year.

2013The Story Of The JewsRadio Times Award Best Religious ProgrammeWinner